The Clio R.S.16 is the highest performance Renault Sport road-going vehicle ever taking just five months to develop from start to finish.

The engine, transmission and cooling system come from of the Mégane R.S. 275 Trophy-R but presented a significant challenge to the development team. The engine cooling system was optimised and the exhaust system was also revised as a function of the engine’s potential, while the suspension was engineered to match the car’s outstanding performance characteristics. Careful attention was paid to the sound produced by the car, too, and an Akrapovič twin exhaust system was selected. The body has also been widened by 60 mm.

“Our aim was to produce a concept car with genuinely outstanding performance credentials,” saIid Patrice Ratti, managing director of Renault Sport Cars, leader of the project which particularly inspired the development team’s specialists. “On paper, producing a Clio R.S. powered by our most potent engine – namely the 275-horsepower 2.0-litre power unit which delivers peak torque of 360 Nm – was an extremely appealing idea, but we had to make sure it was feasible.”

Renault also unveiled a hot version of its small city car, the Twingo, at this year’s Goodwood Festival of Speed. It boasts 110 bhp from its tuned engine, a revised manual gearbox and rear-wheel drive. 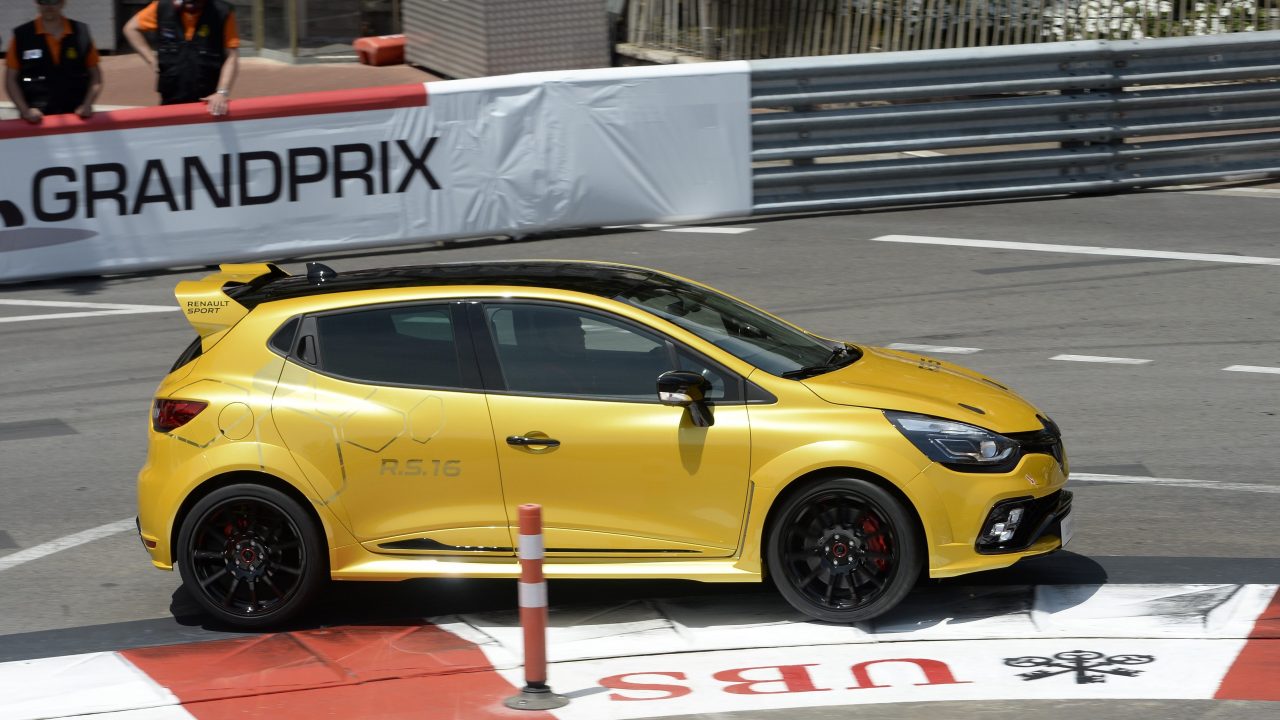 The Renault Clio R.S 16 is the highest performance Renault Sport road-going vehicle ever