Following the announcement of the “RS Red Edition” in December, just 50 RS Heritage Edition models will be produced in a unique “Tief Orange” (“Deep Orange”) body colour, marking 50 years of the Escort nameplate in the UK and commemorating the most iconic model of its line, the RS.

Andy Barratt, chairman and managing director, Ford of Britain, said: “The RS brand is hugely important to Ford and is recognised across the globe. However it has a special place in the hearts of UK Ford fans. This latest model is the best RS we’ve ever produced, so it seems a fitting tribute as we approach its 50th anniversary.”

The Focus RS Edition has been developed by Ford Performance engineers and evaluated at locations across the globe to enhance the traction and responsiveness using a Quaife LSD for the front axle. 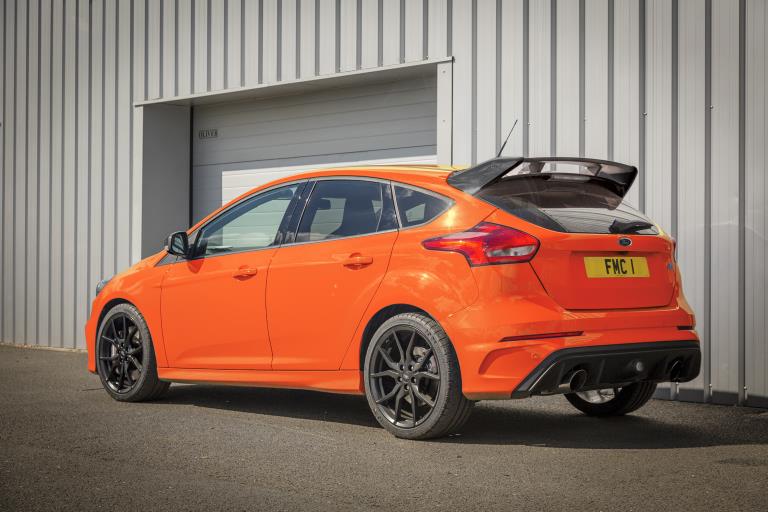 The mechanical LSD limits engine torque delivered to a wheel that has reduced traction on the road surface, and redistributes torque to the wheel with more traction to counteract the wheelspin that can hamper acceleration and stability.

By controlling the torque delivered to each front wheel, the Focus RS Edition’s Quaife LSD enables drivers to exploit the power delivered by its 2.3-litre EcoBoost engine in high-performance driving situations even more, and integrates with Focus RS driving technologies delivered as standard. It comes equipped with the Ford Performance All Wheel Drive, which varies the front-to-rear torque distribution to suit the current driving situation – monitoring inputs from vehicle sensors 100 times per second and sending a maximum of 70 per cent of the drive torque to the rear axle.

It also features Dynamic Torque Vectoring, which uses electronically-controlled clutch packs on the rear axle to send up to 100 per cent of the available torque to either rear wheel, and can switch drive from one side to the other in as little as 0.06 sec and Torque Vectoring Control (TVC) which automatically applies small amounts of brake force to limit wheelspin at the front axle.